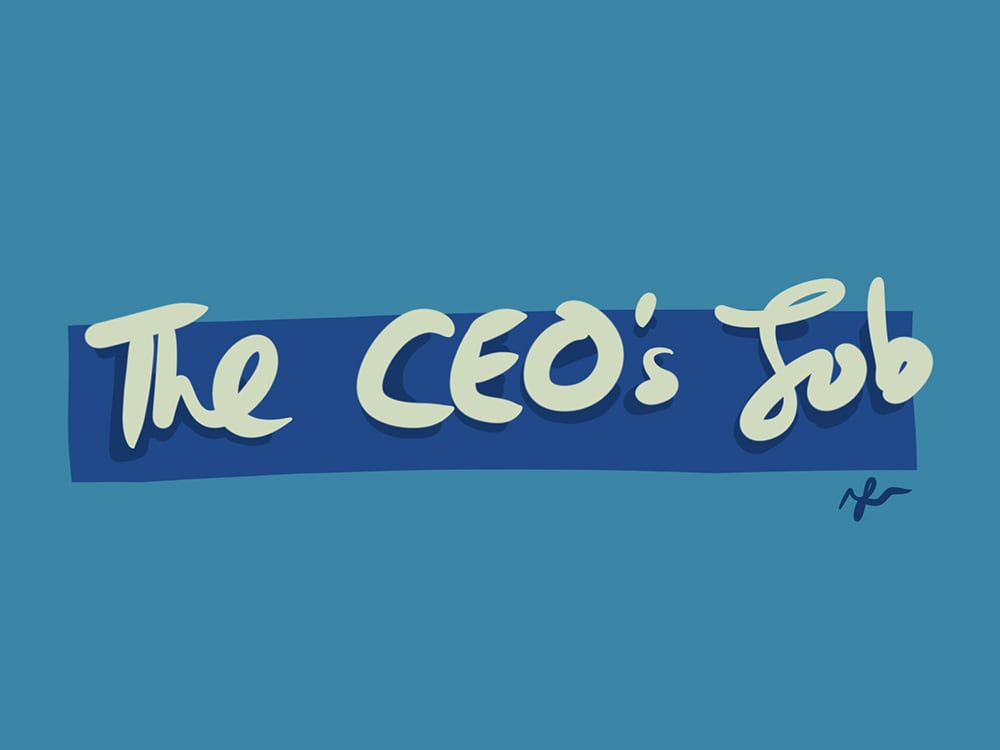 The CEO Should Do That

What does a CEO do?

Look at spreadsheets and sit in meetings? We often think of this as the sort of thing a CEO should be doing. Ultimate levels of delegation, watching from an ivory tower, having many hour-long meetings about forecasts and P&L.

That kind of CEO doesn’t fit into the new world quite like it did in the old one.

Deciding to write a COVID19 letter and have it placed on the homepage? That’s something that no operations manual covers. That’s you, leading and creating, on behalf of the team you serve.

Taking a stand for what the team believes in? If you think Amazon’s harming the marketplace, approving the use of a smaller, potentially more expensive alternative to put your money where your mouth is. That’s you, leading and creating, on behalf of the team you serve.

Representing your message out in the world? Writing or drawing, listening and taking, connecting with the world you all promise to serve? That’s you, leading and creating, on behalf of the team you serve.

Every leader chooses what kind of a leader they want to be.

In the new world – in this economy – the best leaders appear to lead and create on behalf of the team we serve.