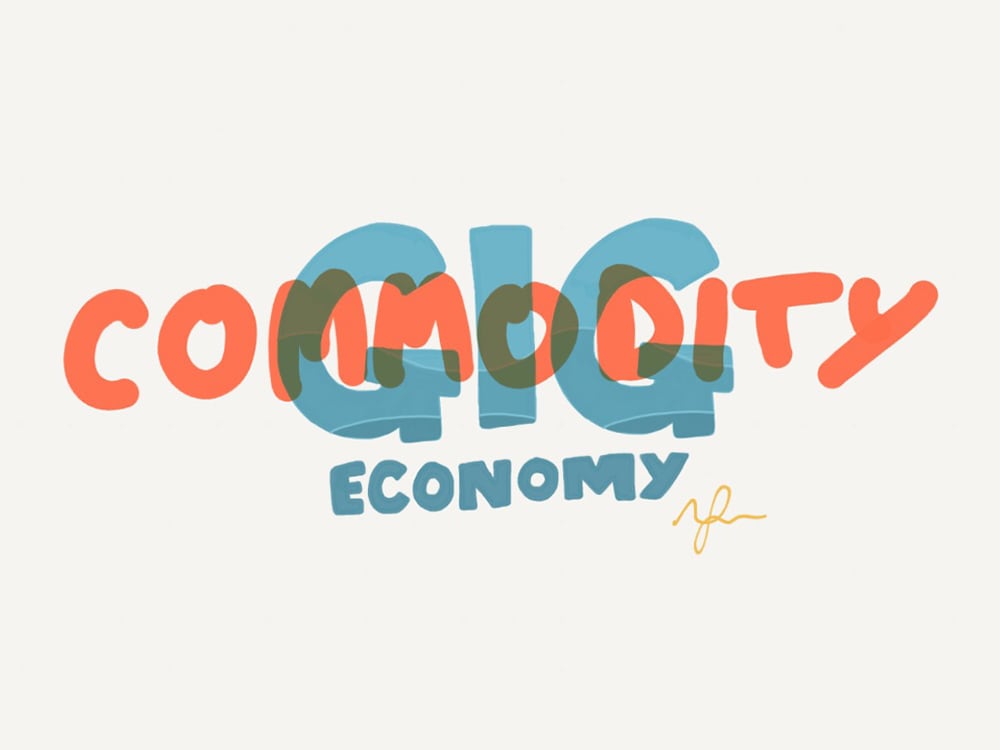 We’ve all heard the term “Gig Economy” before.

It’s where people work autonomously on projects that engage them.

At least, that’s what it was supposed to mean.

Realistically though, it means, “Stuff like Uber where you work for almost nothing, or on sites like UpWork where you race to the bottom”.

We should call that the “Commodity Economy”, instead. It carries none of the promised benefits of the Gig Economy, and all of the drawbacks.

If you’re going to engage in the Gig Economy –as a player or recruiter – pick a side. Are you looking to share a Gig, or find a Commodity? Do you want to do Gigs, or be a Commodity?

I’m still positive about the ideals and potential of the Gig Economy. But to let it grow into a viable part of society, we need to think hard about whether we want to support the Commodity Economy at all, or whether it would benefit our communities to instead dignify our peers with the opportunity to do important work, apply their genius and creativity, while getting paid fairly for it.

The choice should be obvious.