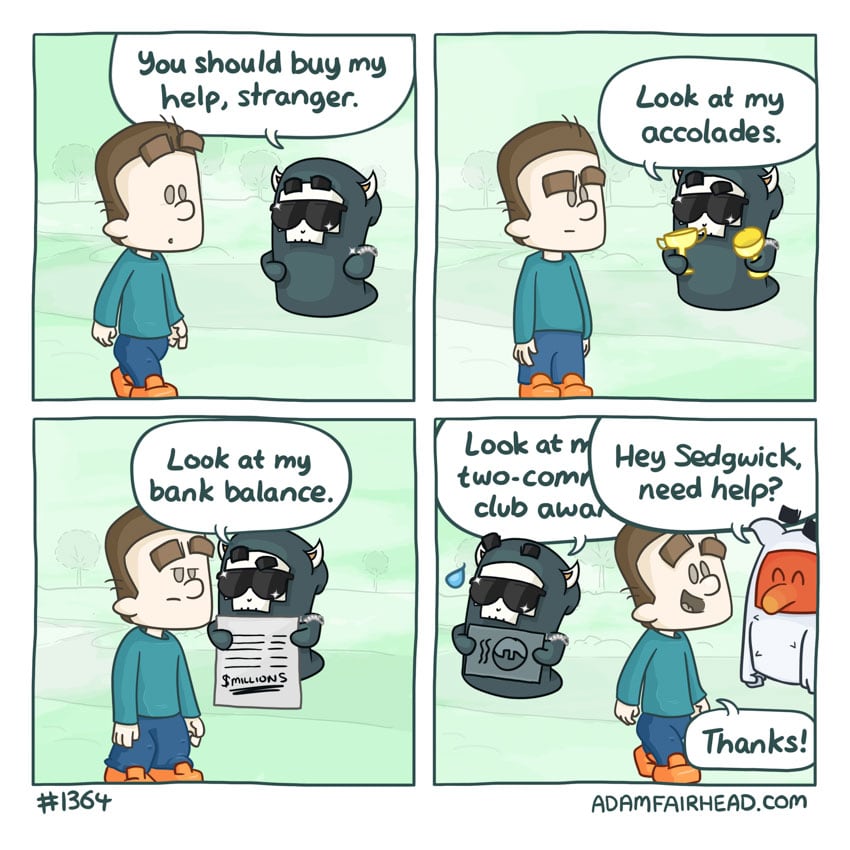 The Most Important Part Of A Business

When I was running a “virtual clothes” store in 2007, I asked myself, “What is the most important part of a business?”

It makes you wonder, when you sell something as random like that!

#1 “Is it the quality of the materials?” It couldn’t be… they literally didn’t exist.

#2 “Is it the value for money?” It couldn’t be, at least in the conventional sense… you were buying nothingness. Keep in mind this was at least a decade before NFTs were popular.

#3 “Is it the sales or PR or marketing system?” They’re important, but tools and tactics change over time, and I was looking for something that lasts to peg as “the most important part”…

#4 “Is it the brand?” I thought it was, to start with… but when it comes to “brand building”, most of activity just drifted into #3 again…

#5 I ended up figuring out that it was the role a brand plays in the narrative being told in the lives of (prospective and existing) customers. It was “narrative”.

Now, #4 and #5 seem similar to start with… until you start thinking about how you would take action on them.

Acting on #4 ultimately turns into sales activity, where you’re essentially trying to get in front of your people with a pitch.

Whereas acting on #5 turns into listening. Building relationships. Spending time with people. Offering to make their problems go away. At scale.

Hardly anyone has a system in place for doing this. That’s your opportunity.

YOU can become a forerunner in your market.