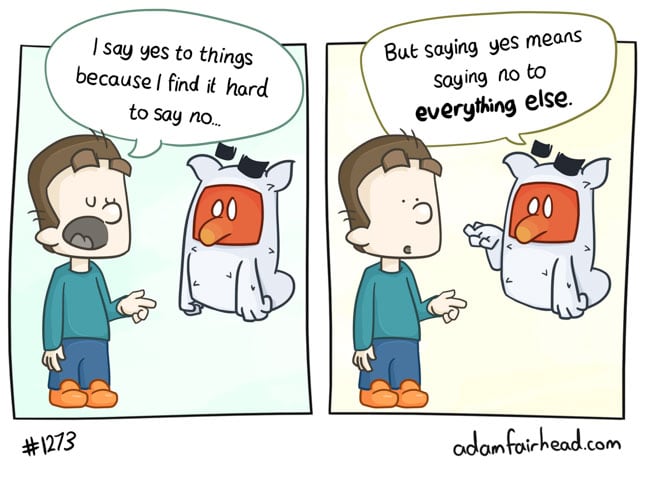 No is Yes is No

You do not find saying ‘No’ to people difficult.

I hear people say all the time, “I’m not very good at saying no” or, “I’m find it awkward telling people no.”

Every ‘No’ is a ‘Yes’. A no to something that doesn’t require your time, so you can spend it on something that does. A no that enables you to move things forward, progress in business or in life. A no that lets you spend time with your most precious people, rather than keeping them waiting because you Yessed your time away.

Since you can’t get out of saying no, you might as well get comfortable with it and instead decide what to say no to.