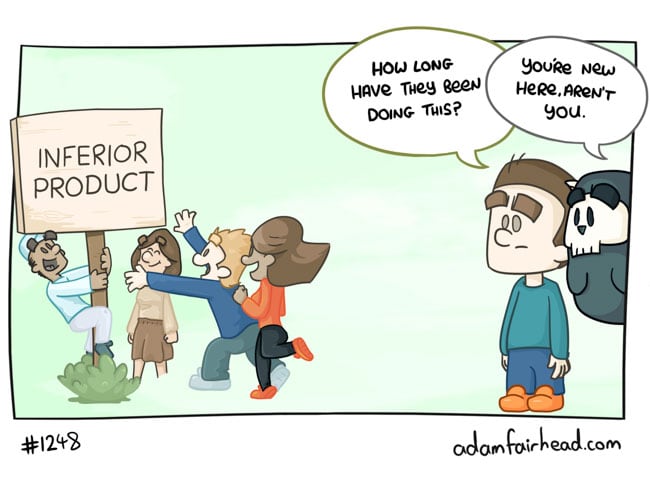 Good ideas die all the time in favour of mediocre ideas.

“You can’t depend on your eyes when your imagination is out of focus.” – Mark Twain

When imagination is out of focus, ‘Do what our competitors are doing’ becomes the good idea. Not because it’s good. It’s jus a mediocre idea in disguise.

The “This looks more on-trend” idea wins over the “This expresses a point-of-view that we share with our chosen audience.” idea.

The “This won’t push people away” idea wins over the “This pushes the wrong people away and draws the right people closer” idea.

Mediocre ideas are disguised as good ideas all around us.

What if you were the ones to let actual good ideas shine?