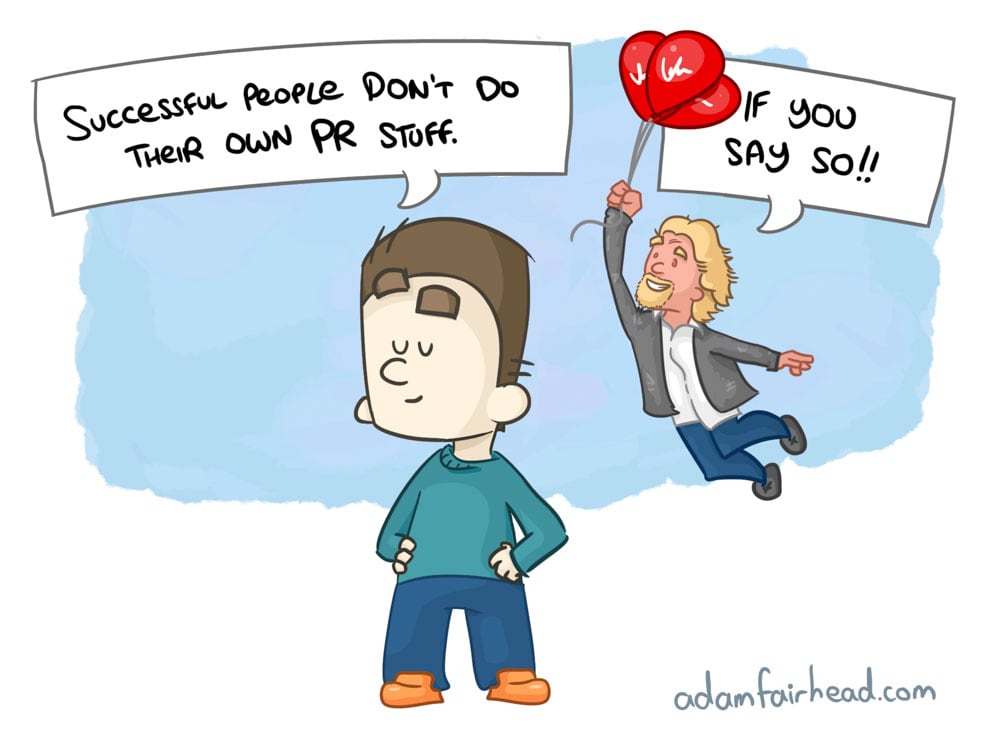 The Thing You Shouldn’t Do

There are certain things you shouldn’t do, because you were told not to.

Some make sense. “Don’t drink that cup of bleach” is a wise exclaim worth listening to and remember in future.

Others make sense for most people, but not others. In your pursuit of creating important bodies of work, watch out for these.

“VPs don’t do customer service” is one example. It’s often true, except if you’re Umpqua Bank – every branch has a phone that connects straight to the CEO. Anyone can pick up the phone.

“CEOs don’t get caught up in things like content creation” is another example. It’s often true, except if you’re Richard Branson, who writes all his own blog posts. Or Gary Vee, who posts all his own social content.

There are lots of things we “shouldn’t” do. Don’t rule them out just because someone said so.