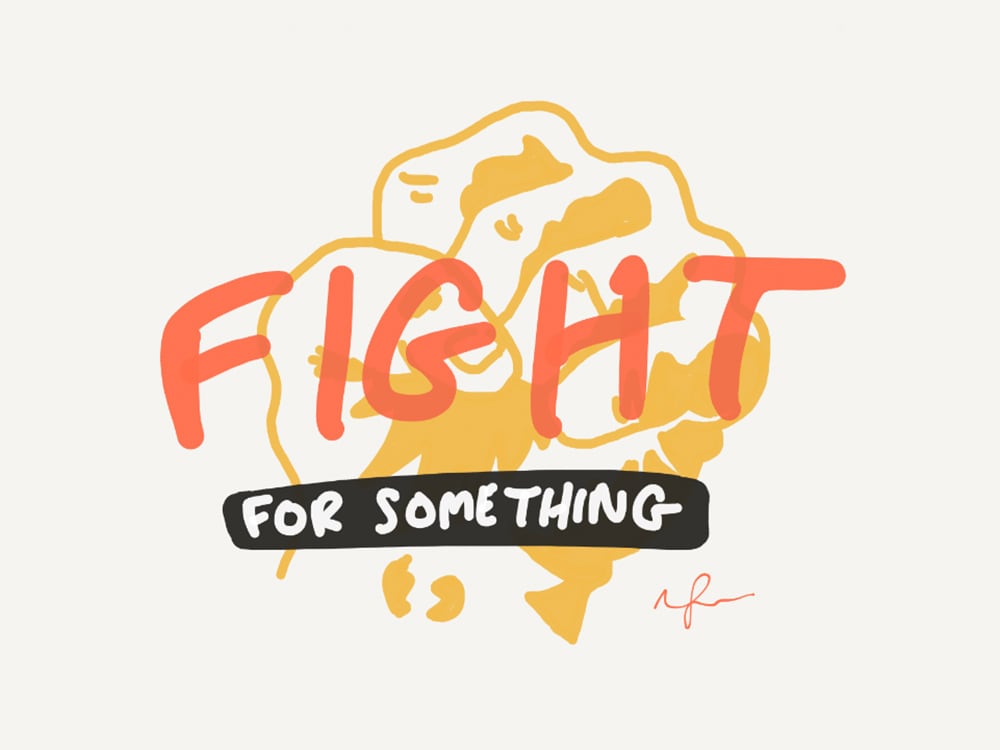 Which begs the question: what do you fight for?

Your work fights for something. It could be fighting for customer goals rather than industry trends, like Firefox (which bends towards user privacy rather than rich data gathering like Chrome does). It could be for contribution rather than mere profit, like a Product(RED) does (which associates with the (RED) brand in order to fund the fight against AIDS). What is it for your work?

Your company fights for something. It could be fighting for open standards and inclusivity like, Mozilla (which invests time supporting open-source projects, web literacy and gender equality in tech). It could be to fund the fight against human trafficking, like my teams do (which spend a lot of time learning about ways to help fight that fight). What is it for your company?

We either fight for something, or we fight against ourselves. What does your body of work – and those you work alongside – fight for?