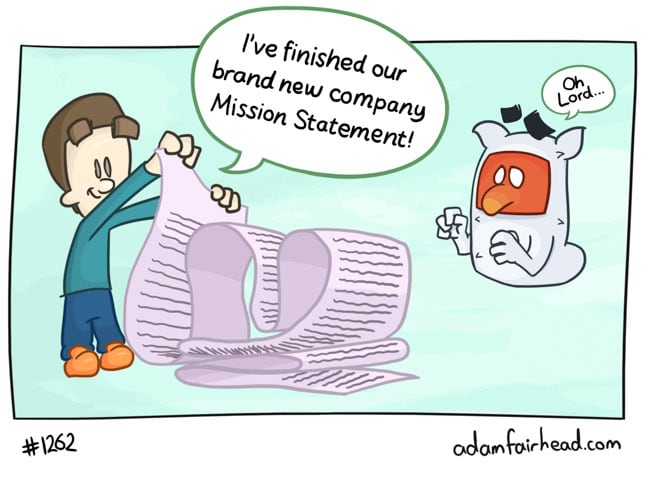 Companies often have manifestos. But how many in the team embody these things? For real?

Companies often have mission statements. But how many share this “mission”, rather than rolling their eyes at their higher-ups?

Companies often have “core values.” But for whom are they truly core values? What difference is it making?

Team members may slip on their values. But they don’t break the law. Because it’s the law.

If you truly believe the things in your mission, in your core values, in your manifesto… if they’re critical to your ability to produce work that matters… perhaps it should be the law.