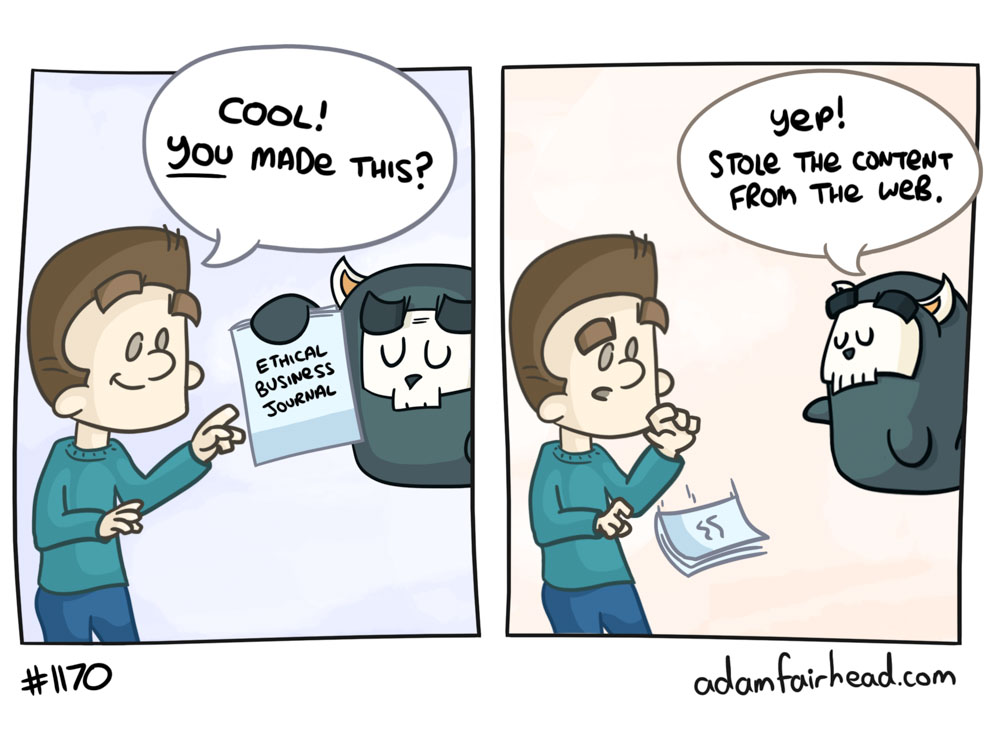 There is no such thing as ethical marketing.

Only ethical (or unethical) intentions behind a message and it’s implementation.

Opting in for something via email isn’t an unethical delivery model. But when the offer is bait for subsequent harassment, rather than a genuine effort to help, it goes bad.

Web cookies aren’t unethical in themselves. But when they’re used to as a flair for stalking and manipulating, it goes bad.

Social ads aren’t unethical in themselves. But when they’re governed by companies who permit brand poaching and political meddling, it goes bad.

Marketing tools get a bad reputation when frequently used as part of campaigns or systems with bad intentions.

It doesn’t make them bad.

But it does mean marketers should think carefully about the tools they use: are you using them because they’re the right ones, or because they’re what everyone else uses?

Is there a better way?

Will you take it?