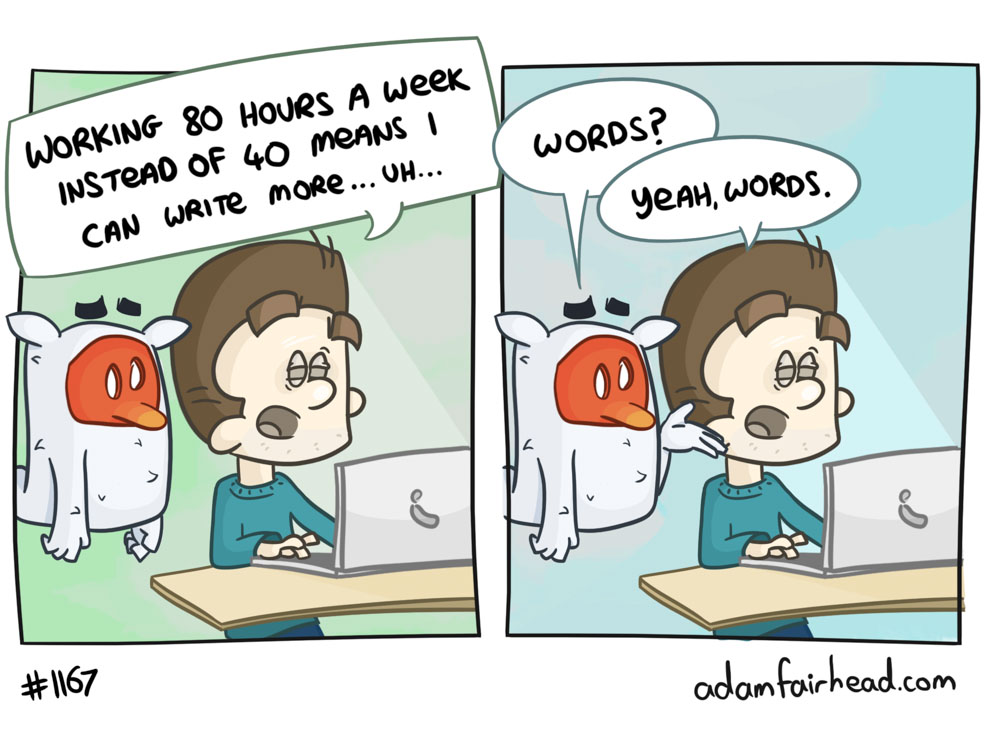 Cadbury’s staff have a great line for the heat of conflict, enjoyed by all able to remember it in the moment:

It’s not uncommon to see passionate people burning-midnight oil and falling out among themselves in defence of their important work.

On one hand, it’s admirable – they care and they want the vision to be realised.

On the other hand, it’s a crying shame – as Napoleon astutely put it, “Men of great ambition have sought happiness…and found fame.”

Most important work doesn’t benefit more from 80 hour weeks than they would 40 hour weeks. More often, they produce subpar decisions from a fatigued mind, followed by a week of burn-out.

Most important work doesn’t benefit more from arguing than it would collaboration. More often, it produces a short-term tactical win at the expense of a long-term strategic success.